What are the Different Evidence-Based Addiction Treatment Approaches?

There is no one treatment program that works for everyone who struggles with addiction. The best treatment centers tailor programs for the individual based on a variety of options.

And the drug treatment industry has no shortage of choices when it comes to treatment approaches. Everything from outdoor therapy to the experimental use of powerful psychedelics like DMT is available in addiction recovery programs around the world. However, there are a few that are mainstays in the industry because of their proven track record in scientific studies. These approaches are called evidence-based addiction treatment approaches.

Evidence-based treatment is broken into two broad groups: pharmacotherapies and behavioral therapies. Usually, the effectiveness of these treatment options depends on the drug of abuse and the individual. The most effective treatment centers will individualize treatment by using many of the different approaches in conjunction with one another.

In addiction recovery, as with most other diseases, there are pharmacotherapy options available, which is the use of pharmaceutical drugs to promote healing. Prescription drugs are often used to curb the effects of withdrawal in detox but they can also be used as a substitute for the drug of abuse. Using replacement substances is a safer way to wean addicts off of a particular substance.

Opioid addiction is a serious disease and can be difficult to recover from without treatment. However, there is an effective pharmaceutical that is commonly used to treat opioid addiction called methadone. Methadone is a synthetic opioid agonist that blocks withdrawal and reduces cravings. It’s widely available in the United States, with it being illegal in only three states. Methadone has been found to be more effective when paired with behavioral treatment.

Pharmaceutical treatments for tobacco addiction are probably the best-known forms of pharmacotherapy for addiction. Nicotine sprays, gum, and patches are all forms of nicotine replacement therapies (NRT). Nicotine replacement curbs withdrawal symptoms that may otherwise encourage continued smoking. It also introduces nicotine into the system in a way that avoids inhaling harmful smoke and tar into the lungs.

Another prescription that is used for smoking cessation is bupropion, sold under the name Zyban. It was originally sold as an antidepressant but it was found to have stop cigarette cravings. Because tobacco is an appetite suppressant, people who quit often gain weight. The similar appetite suppressing effects of bupropion also help smokers quit without gaining weight.

A drug called varenicline also can be used to treat tobacco addiction. The drug blocks the dopamine-releasing effects of nicotine which stops it from reinforcing addiction.

Several pharmaceutical drugs are used to treat alcohol dependence. Naltrexone is used to block opioid receptors that would otherwise cause alcohol rewarding effects. Other drugs, like acamprosate, are used to curb withdrawal symptoms and maintain abstinence. For alcoholics who are highly driven, Disulfiram is a drug that will impede your body’s process of breaking down alcohol, which causes nausea and palpitation if the user drinks alcohol.

Most pharmaceutical treatment options are made more effective when coupled with behavioral therapies. However, pharmacotherapies are often useful on their own.

Behavioral therapies are designed to work through addiction and other mental health issues psychologically. Different treatments may focus on providing motivation to persevere in abstinence, modifying attitudes and behaviors to avoid triggers, or working through deeper issues that may have led to addiction in the first place.

Cognitive-behavioral therapy (CBT) is a treatment that was developed for alcohol addiction but later applied to marijuana, cocaine, methamphetamine, and nicotine. CBT focuses on changing thoughts and behaviors in anticipation of common pitfalls of addiction recovery. This often means identifying potential triggers and training your mind to handle them.

To effectively cope with cravings and stress, CBT helps people in recovery develop a strong sense of self-control. This helps them avoid or deal with high-risk situations and process cravings even after treatment is completed.

The 12-step program was developed and popularized by Alcoholics Anonymous (AA). Later it was also redesigned for stimulant and opiate abuse. The fundamentals remain the same across all addictions and are usually practiced in 12 steps that can be described in three basic principles:

Twelve-step programs are one of the most common treatment models across addiction treatment centers in the United States. Studies have examined the effectiveness of 12-step programs for alcohol and, to a lesser extent, drugs. Most agree that they are an effective, low-cost aftercare program.

It’s often said that addiction is a family disease because of the effect it has on the people close to the addict. Because addiction hurts families as a whole, family behavioral therapy (FBT) aims to repair any damage done to relationships because of addiction. FBT involves talk sessions with the person in recovery and one or more family members or significant others. During sessions, behavioral goals are identified and reviewed in each subsequent session.

Do You Need Help?

Addiction is a serious disease, and the best treatment centers will offer a combination of evidence-based therapies as well as, other cutting-edge options. Call New Perspectives at 855-463-0793 today or contact us online to get in touch with an addiction specialist who can help you. Addiction can be scary, but treatment doesn’t have to be. We can help provide the right evidence-based treatment method for you. 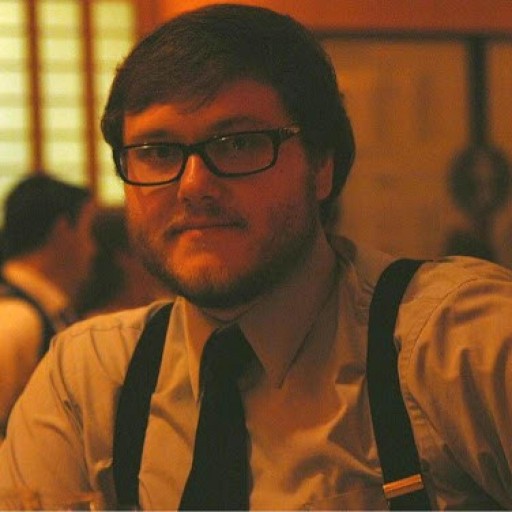 Joseph Raspolich is an experienced writer who earned his degree in journalism from Florida Atlantic University which gave him a passion for research and effective communication. Through his career opportunities, he has learned about search engine optimization, marketing, and podcasting. He is motivated to apply these skills to the fight against addiction.