Do Prescription Opioids Really Lead to Heroin Use?

Despite the changes being made in how we look at and treat the opioid epidemic in the United States, opioid addiction and overdoses continue to be an enormous issue, and the statistics remain grim. An average of 115 Americans is dying every day from an opioid overdose.

One major factor in this continued onslaught is heroin. According to the U.S. Drug Enforcement Agency (DEA), heroin is the number one drug threat in America, edging out any other substance, as well as other opioids.

In the course of its research, the National Institute on Drug Abuse (NIDA) has noted a major shift in previous drug use trends. In previous decades, dating back to the 1960s, more than 80 percent of people entering into addiction recovery treatment for heroin reported as heroin being their introductory drug of abuse.

Now, in the 2000s, NIDA reports that this has almost completely changed, with 75 percent of people getting heroin addiction treatment reportedly starting with prescription opioids before moving on to heroin. When NIDA accounted for the general population of the U.S., meaning also including heroin users who were not in treatment, the number of people who had engaged in prescription opioid abuse prior to using heroin rose to 80 percent.

This huge percentage definitely seems to indicate a progressive relationship between prescription opioids addiction and heroin. But how is it happening?

There’s More Heroin Than Ever – and It’s Cheaper

There is no denying that heroin use has skyrocketed within the past two decades. According to the U.S. Centers for Disease Control and Prevention (CDC), there were more than five times as many heroin-related overdose deaths in the U.S. in 2016 compared to 2010 at nearly 15,500 deaths.

Part of this exponential rise in use is due to availability, as heroin ranks second only to marijuana in terms of how easy it is to obtain. This is shocking when you consider that in many parts of the country, marijuana can simply be purchased, legally. In fact, this availability is one of the reasons that addiction researchers point to as why the subset of people that do progress from prescription abuse to heroin abuse.

Now, the DEA has placed significant restrictions on major prescription painkillers in order to curb misuse and abuse. Unfortunately, an unintended effect of these constraints on legal opioids is that, as they have become more difficult to obtain, people with an addiction to prescription opioids are instead turning to heroin in greater numbers. A staggering 94 percent of people surveyed who were in treatment for heroin addiction reported that they had been using heroin because prescription opioids were “far more expensive and harder to obtain.”

So the increasing availability and lower cost are at least part of what is causing prescription opioids to lead to heroin.

How Does Prescription Opioid Abuse Progress?

In fact, according to the National Survey on Drug Use and Health (NSDUH), less than four percent of people who were reported as abusing prescription opioids starting using heroin within five years.

A recent study conducted in Chicago identified three main paths that typically escalated to heroin addiction: prescription opioids, cocaine, and polydrug use, which is the use of multiple substances at once.

The most common of the three was actually not solely prescription painkillers but polydrug abuse, leading to the conclusion that the four percent of people who misused prescription opioids before moving on to heroin were predisposed to polydrug use. This makes sense, as more than 9 in 10 heroin users abuse it in conjunction with alcohol or other drugs.

Although, there is also the fact that, while only a small percentage of people abusing prescription opioids will also abuse heroin, doing so statistically makes them 40 times more likely to abuse heroin.

However, there are several factors that this statistic does not account for, including how prescription opioid abuse equates to the likelihood of doing other drugs as well.

According to the previously mentioned NSDUH study, more than 17 percent of people surveyed reported prescription painkillers as the first substance they had ever misused. Part of the reason for this is that, especially for young people, they are easily accessible, often sitting right in the family medicine cabinet.

While marijuana was the easily the most common substance for initiating first-time drug use by a large margin, prescription opioids were the second most common.

All of this only serves to illustrate the importance of carefully monitored prescription opioid use, including disposing of any extra pills once the medical need for them has passed. But, as the rising rates of heroin use have shown, simply blocking access to prescription opioids is not enough, especially when it just makes heroin seem like a more attractive option.

In order to begin to make a dent in the opioid crisis, there needs to be a fundamental change in both clinical practices and public health interventions, especially early prevention among young adults and teenagers, instead of just shifting the problem from prescription opioids to heroin.

Struggling with Opioid Addiction? We Can Help

If you or someone you care about is currently battling with an addiction to opioids, whether it is prescription painkillers or heroin, do not wait until it’s too late! Take the first steps toward a better, sober future by seeking out professional addiction recovery treatment.

At New Perspectives, we understand that quitting is never easy, which is why our treatment experts will do whatever it takes to get you on the path to recovery.

Call 855-463-0793 any time, day or night, to speak to one of our specialists about finding the treatment program that’s right for you or your loved one. You can also contact us online for more information. 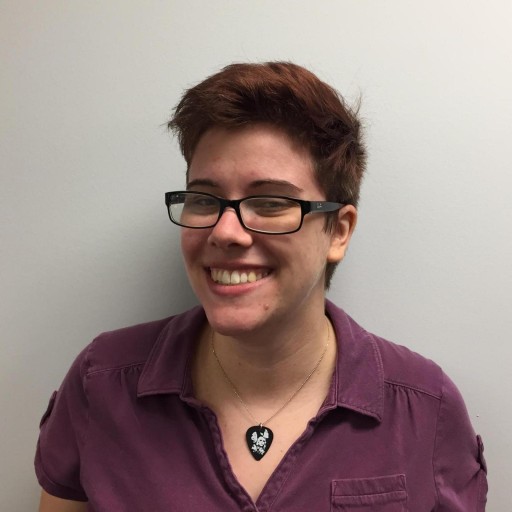 Megan Hesse is a digital content writer, copywriter, and former teacher, with a Master of Fine Arts from Florida Atlantic University. Her daily goal at Delphi is creating content that's well-researched as well as compelling and engaging.